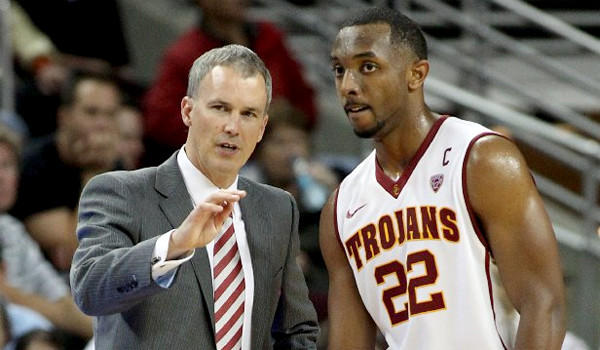 Scouting Report: First year coach Andy Enfield has been doing well so far in southern California. After a little tweaking, his uptempo style from “Dunk City” has transitioned just fine into the west coast. Since dropping the season opener, the Trojans have won four straight coming into this game. USC will travel to the Bahamas without senior J.T. Terrell. Terrell was a key piece to the Trojans last season and has done well in a role coming off the bench in the few games so far this season. He was declared as academically ineligible and did not play in the previous game against West Alabama. The Trojans still have key components in Byron Wesley and the 7-foot-2 behemoth Omar Oraby. Wesley is averaging 19.8 points per game and 8.8 rebounds per game; he is the top scorer and rebounder on USC. He can score in a multitude of ways, but will mainly drive the ball into the lane. Wesley has a decent mid-range shot, but won’t take many three pointers. He prefers slashing and driving and will do it when he can. As for Oraby, there is no doubt that he is big and is physical. He uses his size to gain to his advantage to grab rebounds and for scoring. He is a solid rebounder and finisher around the rim. With a shooting percentage of 71.9% on the floor, he cannot simply be missed. Also, he shoots pretty well from the line so fouling him would not be ideal. On defense, the paint is his house; he is averaging 3.6 blocks per game. These two will be getting a majority of touches and points, but they aren’t the only players capable of scoring. Freshmen Nikola Jovanovic and Julian Jacobs can contribute to the offense. These starting freshmen have done well complementing Wesley and Oraby and taking some of the scoring load off of their shoulders. They aren’t putting up insane numbers but they are doing their job and doing it well. Jacobs can do a little bit of everything whether it be scoring, dishing out assists, and grabbing a few rebounds here and there. He’s still young and raw but will develop into a great player somewhere down the line for USC. Transfer Pe’Shon Howard will also be a part of the supporting cast and is great at distributing and spreading the ball around. Defensively, the Trojans have held opponents to only a 36.6% shooting percentage. USC won’t force a lot of turnovers but they will pressure their opponents into a lot of missed shots. They also close down well on three point shooters, where opponents have shot 31.4%.

Outlook: It’s safe to say that whoever wins this game will get a shot to play Kansas in the next round. However, as always they’ll take it one game at a time, and both teams should not look past this game. Daniel Ochefu will be tested as Oraby will establish himself as an imposing threat inside. Fans have been split on their views on Ochefu and this game will be his time to prove himself in a match up against a much bigger person. In the last game, Delaware’s Carl Baptiste did not seem to have an issue scoring and putting up double digit points. Statwise, Oraby is much more efficient, it will be interesting to see how Ochefu will do. It is vital that Wesley is also stopped or slowed down, he is their top offensive weapon. Force USC to look in other directions such as their younger players and test what they can do. The Trojans will play a lot of isolation ball just like Towson, the Wildcats need to shut it down. Ryan Arcidiacono has to find his three point stroke again, and try to establish an outside game. Both teams don’t shoot well from beyond the arc, hopefully Villanova can finally shake off the slump. James Bell and JayVaughn Pinkston will look to continue the great play that they have done so far this season. I imagine that Hilliard, Bell, and Pinkston will prove to be too much for USC. Although Arch was able to find other means of scoring, if he can create a threatening presence from outside, it will open up so much more for the Wildcats. Villanova should win this game but they cannot allow themselves to be outrebounded, nor can they afford a struggling shooting performance.

« Villanova Football Goes Out With a Bang
Villanova Goes On, Winning 94-79 »