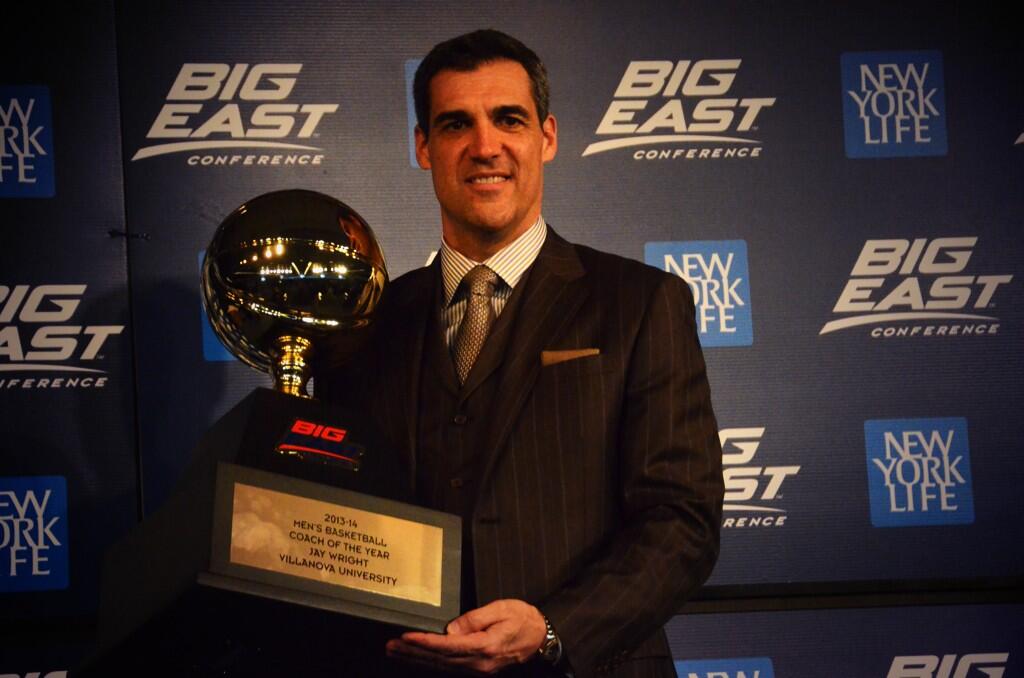 The Wildcats have gone above all expectations this year. They were not ranked in the Top 25 going into the season and they were projected to be the fourth-best in the new Big East. Villanova did not allow themselves to follow the path given to them by the preseason polls or mainstream college basketball analysts, instead they wrote their own story and defined their own destiny.

Villanova soared to new heights, breaking records and setting new highs for the program. Their 28 regular season wins are the most in the Villanova history, same goes for the 16 in-conference wins they had in the Big East this year. The success they had during conference play resulted in the Wildcats taking home their first Big East outright regular season title since the 1981-1982 season. Through all this, Villanova is a contender for a Big East Championship and is in the conversation for being a #1 seed in the NCAA Tournament.

This success is a reflection of their leadership and coaching. This is a well-deserved award for Coach Jay Wright. This is not the first time he won the award, in fact it is his third. Wright also received the Big East Coach of the Year twice before, for the 2005-2006 season and the 2008-2009 season. During the 2005-2006 season, Wright also won the Naismith Coach of the Year, an award given to the best coach in all of Division I. Prior to his days as a head coach at Villanova, he won the America East Coach of the Year in his last two seasons at Hofstra.

The Wildcats will face the winner of tonight’s Butler-Seton Hall matchup tomorrow at 12 p.m. in the quarter finals of the Big East Tournament.