Home › Basketball › Watch For It Wednesday: School’s Out, Basketball’s In

Watch For It Wednesday: School’s Out, Basketball’s In 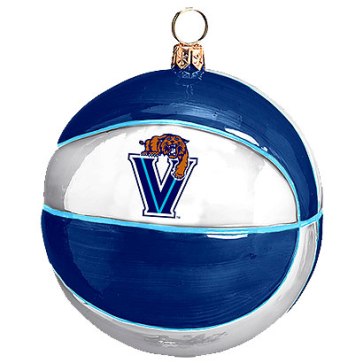 As students start to make their way back home with finals coming to a close, the basketball team will continue to grind it out on the court. There’s no rest for the weary.

The second part of the trilogy is set to take place this Saturday, December 20, at 1 p.m. Last season, Syracuse won the first meeting between the old Big East foes. This year’s installment will take place at the Wells Fargo Center in Philadelphia. Unlike last year, only one team will be undefeated going into this matchup. The Wildcats are currently 10-0. They are coming off of a blowout win over Big 5 rival Temple. They have lived up to their mantra to “Play hard, play together, play smart.” So far this season, five different Wildcats are averaging nine points or more per game. Defensively, their press has worked wonders, pressuring opponents to turning the ball over. As for Syracuse, they will come into Saturday’s game unranked and at 6-3. During the offseason, they lost the core members of last year’s successful run, and it has shown. Regardless, rivalry games often bring the best out of teams, so you never know what will happen.

The women’s basketball team is continuing their break from conference play. After a pair of narrow losses to Providence and St. Joe’s, they came back with a blowout win over La Salle. The win over La Salle improved their record to 3-6 on the season. They play the 4-4 Sacred Heart Pioneers on Saturday. The Pioneers will play Siena tonight at 7 p.m. before heading to Villanova on Saturday night. Sacred Heart has also had their fair share of struggles, losing their last three games. After playing Sacred Heart, they will host Temple for a Monday morning matinee. The Owls are currently riding a four-game losing streak and will look to end it tomorrow, when they play Howard University before making the trip to Villanova.

N.J.I.T. is currently 4-7, with all their wins decided by four points or less. A few weeks ago, a team made a huge mistake of overlooking the Highlanders. They went over to Ann Arbor to play Michigan when they were still ranked #17. N.J.I.T. pulled the upset, beating the Wolverines 72-70. While they certainly aren’t the best out there, they sent a warning to the rest of the teams on their schedule. After playing Syracuse, the Wildcats will host N.J.I.T. on December 23rd.