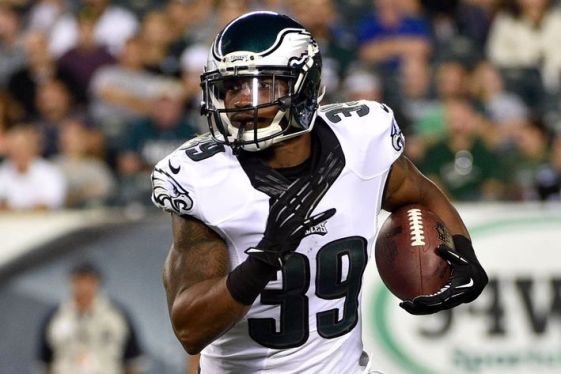 The Eagles’ season may be mathematically over, but head coach Chip Kelly and the Eagles are still making moves.

On Tuesday, it was announced that former Villanova running back, Kevin Monangai has signed with the Eagles practice squad.

The signing shouldn’t come as a surprise as the former Villanovan was an underrated signee for Philadelphia during the 2015 preseason. The Eagles have a history of giving Villanova football players a chance in the NFL, as exemplified by the career of running back Brian Westbrook, who they drafted in the third round of the 2002 NFL Draft.

Throughout his four years at Villanova, Monangai made a name for himself and developed into a downhill runner. The Eagles took notice of his significant improvement since freshman year and the stats he accumulated and invited him to workout with the team. Eventually, these workouts turned into a tryout and a spot on the preseason roster.

While Monangai didn’t make the final 53 man roster, he did leave a lasting impression. The running back finished with 126 yards and a touchdown on 21 attempts in three games of action. Monangai also punched the ball in during the game against the Baltimore Ravens for his lone score of the preseason. However, due to extreme depth at the running back position, the Eagles cut Monangai in their last round of cuts.

Giving Monangai a tryout was not just favor and much more than a professional organization paying lip service to a local university’s football program. During his time at Villanova, the bruising but shifty back amassed over 3,000 yards, averaging 5.1 yards per carry and scoring 29 touchdowns. Monangai was also a threat out of the backfield, who had 274 yards on 38 receptions and was able to find the end zone five times.

Even after being cut during preseason, Monangai did not give up on his NFL dreams. According to several social media posts from Monangai himself, the former Seton Hall Prep Pirate (N.J.) trained throughout the NFL season in hopes to receive a phone call from a NFL team.

Thankfully for Monangai, that call came and he will be getting a second chance.